Stay away from this company. They are not professional and worse customer service I ever seen. We ordered roof cleaning for our home on June. They insist to push our work to August, but refused to visit our home. They promised to put moss application before. They said they will come before, and there is no need to schedule. Of course that they didn't come and didn't notified us. On the scheduled day, they arrived 2 hours late (4:30pm). They asked to install 3 anchors with additional cost. My wife just tried to call me to consult, and they took off without notify us. They decided it cannot be services with the current offer. They didn't even notified us, or tried to explain. The cost they provided were extremely high. They blocked us for 3 months, and it will be hard to find someone that can do it now. Their customer service is the worse I ever seen. Just stay aways. Find someone else that will treat you better and do your work. Don't do the mistake we did.

They are not professional and worse customer service I ever seen.

Tom set the appointment to my convenient time slot. The handyman came half hour earlier than the schedule but he gave me a phone call to confirm this before he came. He completed all the work in about one and half hours. Besides cleaning gutter, he also fixed the loose nails of the gutter with extra charge. Finally he cleaned all the work places. My over all experience is good. Recommend Master Butler. 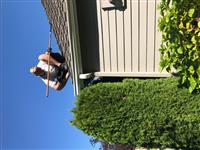 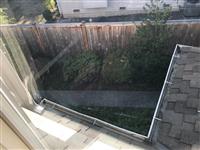 I decided to clean our roof and gutter cover in late fall last year when the leaves from the maple trees were all gone. So I called several roof service providers to give me a quote. Master Butler gave me the most competitive price. However, Tom suggest to do the cleaning and moss treat in summer for better result and price. I believe this is an honest advice, as most contractors would convince their clients to do the work as soon as possible. So I decided to postpone the cleaning until this summer.

When the summer came, I made an appointment with Tom. He came with an helper. They blew the debris off the roof, cleaned the area where debris fell, and sprayed 4 canisters of moss killer. The work is done in an hour. Before Tom left, he gave me some advice about what I should watch out, as our roof is very old.

To my surprise, Tom did not open the gutter cover to clean the gutter. I guess that's why the price is much lower than other companies. Although he said our gutter cover was one of the best ones, opening it would defeat the purpose of gutter covers, I still feel a bit worry about small debris may accumulate over years under the gutter cover. I actually opened the part of the gutter cover around our deck last year, and found quite a lot of debris in the gutter, although not enough to clog the gutter.

Three weeks after spraying the moss killer, the moss is still green. Not sure when they will die.

Several people recommended this service. Low cost with good service.
They cleaned moss on the roof, also cleaned the gutter. Especially unblocked the tunnel from gutter to the ground.

His schedule was really tight, it was rescheduled two times. 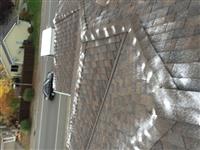 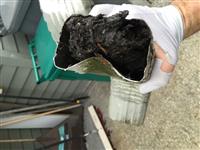 I hadn't cleaned my gutter for a few years and rain water began overflowing. A friend of mine introduced the owner, Tom, to me. Communication via email with Tom was very easy and smooth. He gave me the time frame when he could come to my area, and the price range based on my house shown on Google map. On the service day he arrived on time, did a good cleaning job, and left no debris. No rain overflow afterwards!

During the cleaning I asked him if my roof needed cleaning, too. He inspected and said no as my house wasn't in any green belt. I liked this because he gave honest opinion instead of trying to sell his business.

One thing is that if you want to use Tom's service, make sure you start early. He was busy in certain period of the year. I contacted him in November and his calendar was booked at that time and I got serviced in January. I wasn't in a rush so it was not a problem for me.

Remove the MOSS on roof, apply MOSS OUT, power washing the driveway (not the roof) to the front door

After 15 years, there were moss growing on the roof. I could see moss on the roof from cross street, especially on the roof side facing north-east, with less sun shine in summary.

Got the quota from a few service providers found on yelp and other places. (I didn't use this HHY at that moment). Tom (the owner of Master Butler) emailed me the most reasonable price.

When Tom arrived with 4 assistants (seasonal employees, who looked like high-school guys to me), he checked around and confirmed the work to do and the price. Since the new quota is almost the same as we discussed in email, let them start the work.

I was little concerned about the quality of high-school guys, for they looked so young to me. They proved I was wrong, the two guys who did power washing took the job seriously, basically cleaned every inch of the driveway and pathway thoroughly. I am impressed.

Tom and other two guys cleaned the roof and applied the MOSS OUT, see the attached pictures took by him. I should have asked him to take a picture before they started the job, so that I can show you the difference.

Now in Feb 2016, after 6 month of the MOSS cleaning job, I didn't see MOSS coming back, as I went on the roof by myself for another roof vent pipe leaking issue. I am satisfied on the MOSS part.

Tom is very easy to communicate with, and professional with his expertise.

Note: technically, this is not a Not-Good-Comments, rather a fact I observe. I feel obligation to write it down, so that the reader can see the whole picture.

In Dec, 2015, after a few heavy rain in east side area, I started to observe some leaking on the ceiling in the 2nd floor bedroom. After climbing into attic, I confirmed the leaking was around 1 vent pipe (2-inch wide) on roof. Basically the vent pipe panel (rub material) didn't have the edge evenly paving on the roof as they should be, see picture. I asked the roof repair guy whether the uneven edge could be caused by the MOSS cleaning in the summary. He told me it is possible, or it might be caused by the heavy rain plus very strong wind recently.

As you can see, my thoughts are mixed. On one side, the roof had been working fine for 15 years without leaking, and started to leak after the 1st time MOSS clean job. It is naturally for me to link two things together. (There was no much raining between last Aug to last Dec, and the leaking only happened when heavy rain and strong wind. Because the leaking is not severe, a regular rain with minor wind wouldn't cause much water to enter attic. That might be why I started to see the leak in Dec, not Aug.)

On the other hand, as the roof repair guy mentioned, a few times the wind in last Dec was very strong, like a blast, which might cause the rub edge to rise up somehow. And the rub edge wasn't entirely seal before the roof repair sealed it. After 15 year, possibly it started to wear anyway.

To reader, I think you can understand my feelings. The MOSS clean job itself has been done fine. But it might or might not relate to a leaking happened 4 month later. (You can see more pictures about leaking in my another review on "DHS Heating".)

In summary, if I want to hire someone to do the roof MOSS clean again, I probably will use this Master Bulter again, because I think I can ask Tom to double check the Vent Pipe location on the roof after the cleaning job is done. He will do it with his professionalism, with no doubt.

Actually, this is something you better to let any MOSS cleaner check for you after they complete the job. And better to have them take picture before and after their job. The picture should cover the vend pipe area on the roof. 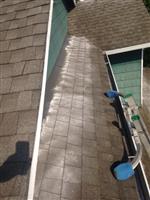 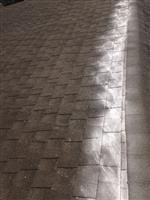 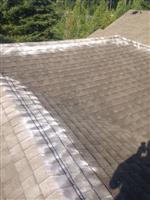 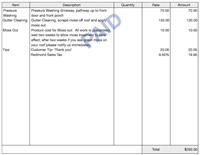 Did you hire Master Butler Inc before?
If yes, please share your experience to contribute to the homeowners community. Write a Review Write a Comment

Call to get a quote
User comments on this service provider