Painted the exterior of the house

At the end of August, we decided to paint the house exterior and add a new window. So I called contractors to give estimates for each project. After installing the window, the exterior trim of the window has to be painted too. Because it is a picture window on the 2nd floor, it's dangerous to paint it myself. So I was in the mindset of getting estimate of the exterior painting first, and schedule the work date after window installation.

Most painters agreed, but Andrey from Jack's Evergreen Painting didn't think it a good idea after knowing that the window would be install in early October. His argument was there would be very few sunny days in October and after, and they need to wash the house, allowing it to dry for 10 days before painting. He suggested to paint the house as soon as possible, and they could come back to paint the trim after window installation without extra cost.

Andrey gave the lowest bid among the 4 painters I contacted. So he sent a worker to wash the house on September 3rd. It took him 4 hours to pressure wash the exterior. The siding looked very clear after the wash.

On September 14th, two workers came to caulk the cracks and cover all windows. It took them a full day to finish the preparation. The actual painting started the next day. We chose 3 colors: one for the siding, one for the trim and one for the shutters and doors. They bring the paint early in the morning and painted a small area on the siding, shutters and trim for us to see the result. We found that the shutter color and the trim color were too close, and decided to try a different trim color. So they went to get that color and painted on a small area of the trim for us to see again. We finally decided to go with the second trim color.

It took the two workers the rest of the day to apply two coats on the siding. I know they sprayed at least one coat, but I am not sure if they rolled the other coat or just sprayed it again. I only know some people prefer using rollers for the second coat after the painting job finished, so it was not in the contract and I did not pay attention either.

We are satisfied with the result. The paint looks thick and even, covering the exterior very well. I don't see any problems.

Before painting, they took down 4 security light bulbs, 3 of which were already out of order. So I rushed to the Home Depot the get replacement bulbs for them to put back. It turned out that one of the new bulbs wasn't working. So they took it down again for me to replace and put it back when I was back with another new one. I appreciate they did that for us, as those bulbs are all out of the reach of my longest ladder.

After the window installation, they came back and touch up the area around the window as promised.

The worker who pressure washed our house also washed down the outdoor sensor of our thermometer and broke it. Although we are partly responsible for not taking it indoor, he should have noticed the cell-phone size sensor not washable.

They charged me extra $28 for the gallon of paint in second trim color. 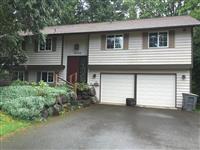 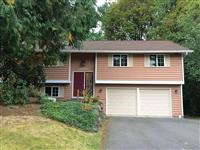 Did you hire Jack's Evergreen Painting before?
If yes, please share your experience to contribute to the homeowners community. Write a Review Write a Comment